Even minor surgery can be tough on the body.  Not only does it have to manage the current needs of the body, but now must heal itself as well.  Thus, it is important to get enough of the right vitamins after surgery.  Other nutrients can also ensure that you not only have more of the right stuff, but that your body is functioning at its best.  Otherwise, healing will be lousy, slow or both. 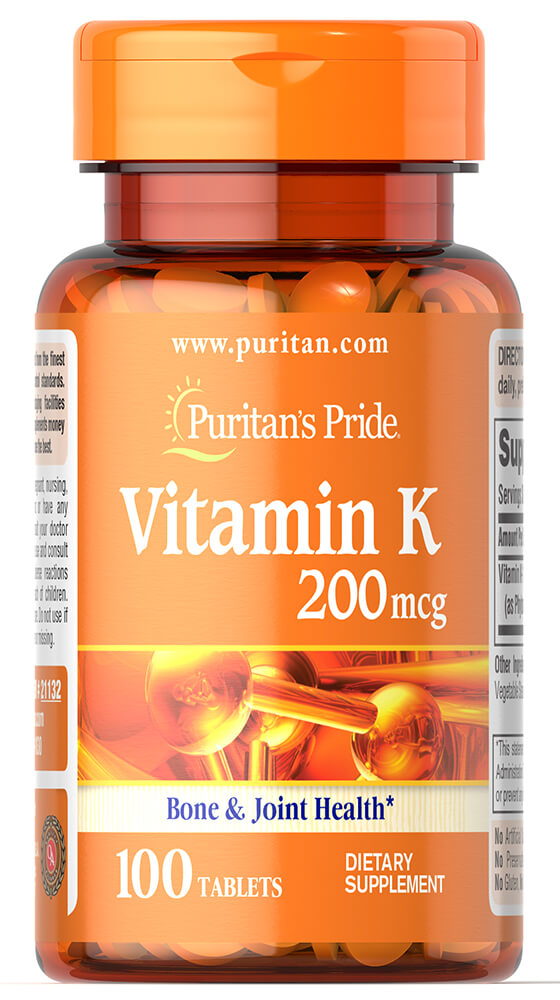 K Vitamins After Surgery for Clotting

Since vitamin K gets blood clotting going, doctors have used it for a long time to prevent bleeding in newborns.1  This is also the reason it is one of the more important vitamins after surgery.  It also plays a bigrole in bone health.  Thus, it is important in the battle against osteoporosis.2

Many different foods contain vitamin K, but especially leafy green vegetables.  Spinach, cabbage, broccoli, onions and brussels sprouts are all good sources.  Liver, bovine milk, egg yolks and certain cereals also contain lots of vitamin K.   Other foods include pistachios, vegetable oil, meats, tomatoes and any dairy product.  Bacteria found in your digestive system also make vitamin K.  This form is known as menaquinones or K2.  There are two other forms of vitamin K, but K2 is most effective as a supplement.

As soon as you get a scrap or gash of some kind on your skin, blood clotting begins.  The entire process is set in motion as a result of vitamin K.3  Without it, any blood letting injury would be fatal as you would eventually bleed out.  Thus, many times doctors suggest vitamin K after surgery when bleeding might be a problem.  Even if the patient is not deficient in vitamin K, doctors may prescribe it to be safe.  It reduces the risk of bleeding problems because it makes sure that blood clotting will be as effective as possible, which is why it is one the most important vitamins after surgery.  However, sometimes extra vitamin K may not be the best idea if there is bed rest or in the case of certain types of surgery so as to avoid the development of blood clots. 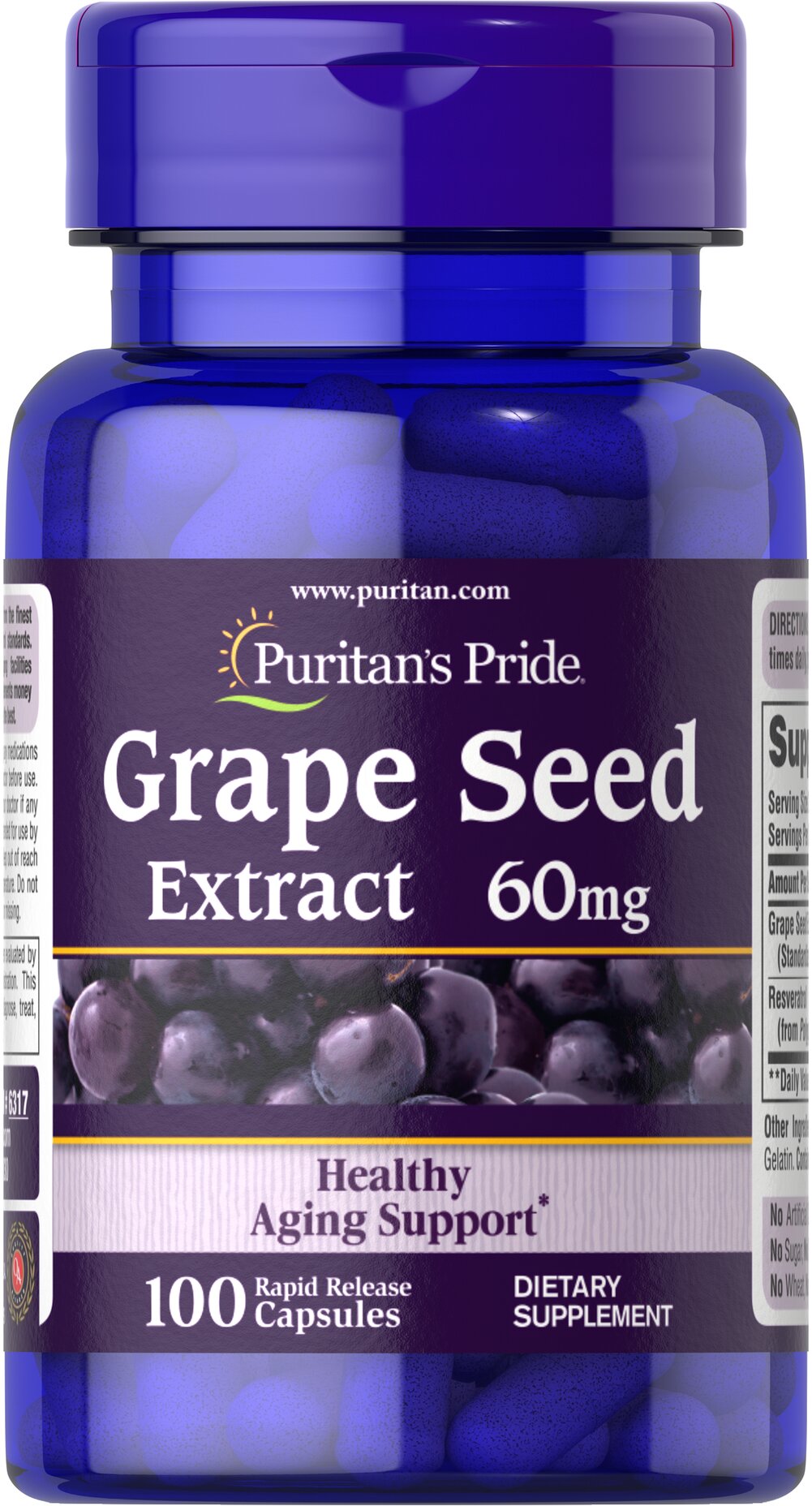 Having such powerful antioxidant properties, grape seed is effective in the fight against heart disease and even cancer.4,5  It also increases blood circulation, helps brain cells avoid damage and increases overall well-being.6  Grape seed is a flavonoid and comes from the little-bitty seeds of red grapes.

First of all, grape seed is a strong antioxidant.  Thus, it is very effective at neutralizing free radicals that can cause cell damage.  In addition, it strengthens blood vessels and therefore your heart.4  It can also destroy free radicals in the brain, where many other antioxidants cannot enter.5  Lastly, grape seed reduces swelling, a huge positive post-surgery.7

The only food source of grape seed is of course, grape seeds.  Thus, if you eat red grapes you will get some.  Supplements are often a better choice however, given the higher concentration.  It is also more effective with other antioxidants such as vitamins C and E.  Also, if you take iron, take it at least 2 hours apart from grape seed.

Energy for Healing from CoQ-10

Known as ubiquinone, some CoQ-10 is already produced by the body.  It exists as an inactive form that the body must then convert to a very similar substance known as ubiquinol.  In addition, it is found in many foods.

The main job of CoQ-10 is producing energy.  The complex chain of chemical reactions that extract energy from the food you eat is begun by it.  These processes can technically happen without it, but they are really slow.  However, CoQ-10 increases the rate of these activities, giving your cells the energy they need to function normally.  Of course, this includes healing.  After surgery, your body works overtime to fix all the damage caused by it.  But to do so, it must have the right ingredients, including CoQ-10 to allow your cells to produce the energy necessary for this to happen.

As mentioned, CoQ-10 is also a powerful antioxidant.8  Thus, it is great at destroying free radicals that can ultimately cause disease like heart disease and cancer, among others.  Since CoQ-10 production in your body decreases with age, doctors sometimes recommend supplementing with it.  Experts consider it an anti-aging compound given this fact.9

Arnica for Pain and Swelling

Arnica has been used for centuries as a homeopathic medicine.  In particular, it is often used as a pain reliever.  It seems that Arnica increases circulation of the blood.  When more blood is flowing, that means the heart itself is getting more as well as the rest of the body.  In addition, Arnica reduces inflammation, swelling and pain.10 Since inflammation, swelling and pain always exists following surgery, this can be a powerful healer.

Researchers using topical formulas of Arnica have found a decrease in inflammation.10  In fact, this is a major reason for its effectiveness post-surgery.  it is also beneficial following trauma such as bruising and impact injuries. 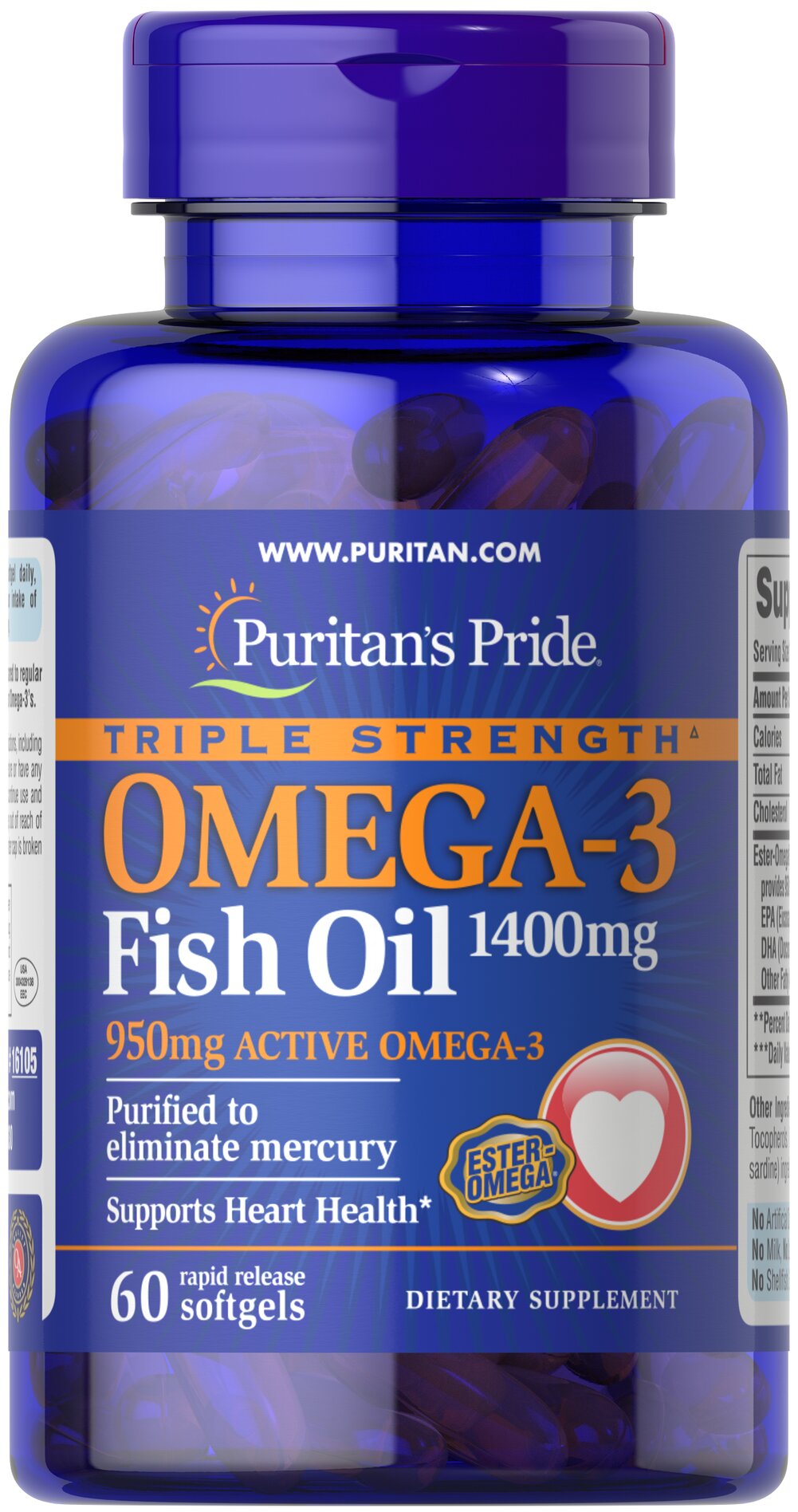 Certain types of particularly health fats are abundant in fish.  These are known as omega-3 fats, a type of unsaturated fat.  They are different from fats you find in foods like vegetable oil.  These are omega-6 fats.  Both have different effects in the body.  The two most common types of omega-3’s found in fish are known as EPA and DHA.  They are most common in cold water fish such as salmon, trout, mackerel and tuna.   The downside for these natural sources is that they may contain toxic heavy metals such as mercury.

Omega-3’s are found in every cell.  They have many roles from blood pressure control, clotting, decreasing inflammation and boosting immunity.11  In fact, this is precisely why they are so beneficial after surgery.  Following surgery, you experience and increase in bleeding, inflammation, infection risk and possibly blood pressure. 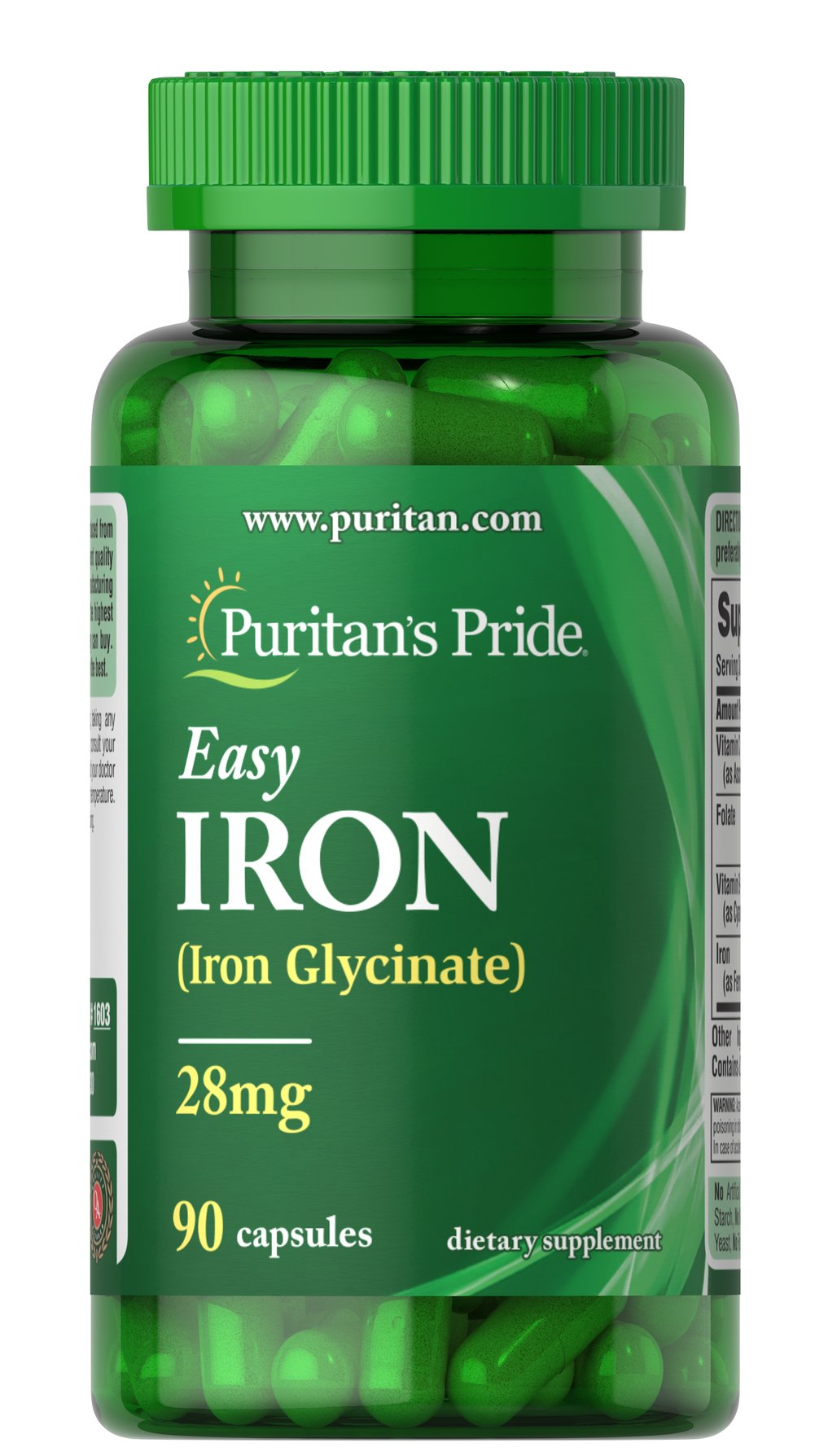 This metal is absolutely crucial to the formation of hemoglobin, an important part of red blood cells.  It is what allows blood to carry oxygen.  Myoglobin, a similar compound, delivers oxygen to muscles.  Additionally, iron is an essential part of many enzymes and in your immune system.  Most of this iron comes from foods and your body carefully manages your levels.  In fact, when your body needs iron, you absorb more of it from food.  When your body has plenty, it won’t absorb very much.  Because of blood loss during surgery, an iron supplement is sometimes necessary.

Liver, beef, lamb, mussels and clams are all great animal sources of iron.   However, beans, peas, leafy green vegetables, dried fruit, seeds and many breakfast cereals are high in it too.  Brewer’s yeast, kelp, blackstrap molasses and wheat bran are also high in iron.

Since iron is essential in the delivery of oxygen to your cells, it is important to have enough.  Otherwise your immune system and brain cannot function normally.  In fact, studies show this to be the case.12  Even a mild deficiency creates problems.  Short attention spans often result from deficiency in adults and teens do worse in school.13,14

There are many forms of iron, but all should be taken with vitamin C.  This helps it absorb more effectively.  However, calcium inhibits it.  Some foods are also a problem.  These include coffee, chocolate, dairy, eggs, whole-grains and spinach. 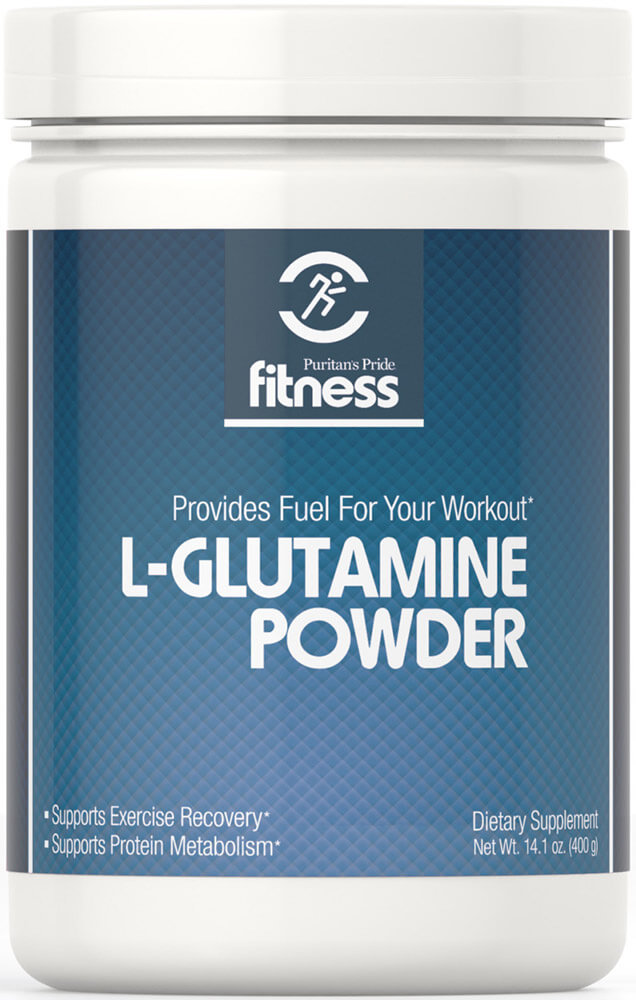 Your body is made of a huge amount of protein, about 80% of your dry weight.  It is really important and after surgery, there is a lot of protein repair that needs to happen.  That means that you need more protein than normal to do it.  But you also need to understand that all protein is not created equal.  All are composed of chains of amino acids and without all of them, you can’t make the protein you need.  Thus, animal sources are your best bet and almost all plant sources are lacking, although combining the right plant foods can still do the same thing.  However, animal sources are always MUCH higher in protein that plant ones.

In any case, not all amino acids are created equal either.  Some are extremely common while others are less so, but remember, you still need ALL of them to make protein.  The most common one is called glutamine.  If your body were compared to a house, glutamine would be the wood.  As such, if you are in need of building new tissue after surgery, glutamine is a must have.  Normally there is some in food, but mostly your body makes it from other amino acids.  However, supplementing with glutamine provides your body with much more for “free.”  This means that you can heal faster and more effectively!