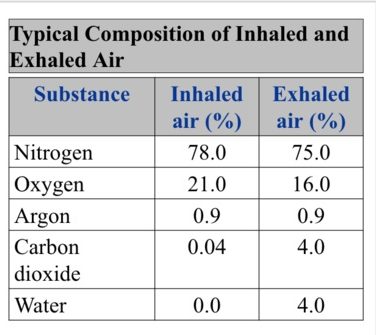 If you aren’t wearing a mask, the basics of normal breathing are pretty straightforward.  When you breathe in, you are getting a number of gases but the only one that really matters for our purposes is oxygen.  In your lungs, it enters your blood where your trillions of cells have direct access to it.  They use it to make energy from the food you eat.  But when they do, they also create carbon dioxide as a waste product, which is put back in the blood.  It then returns to the lungs where you breathe it out.  This happens all in one breath in and out. 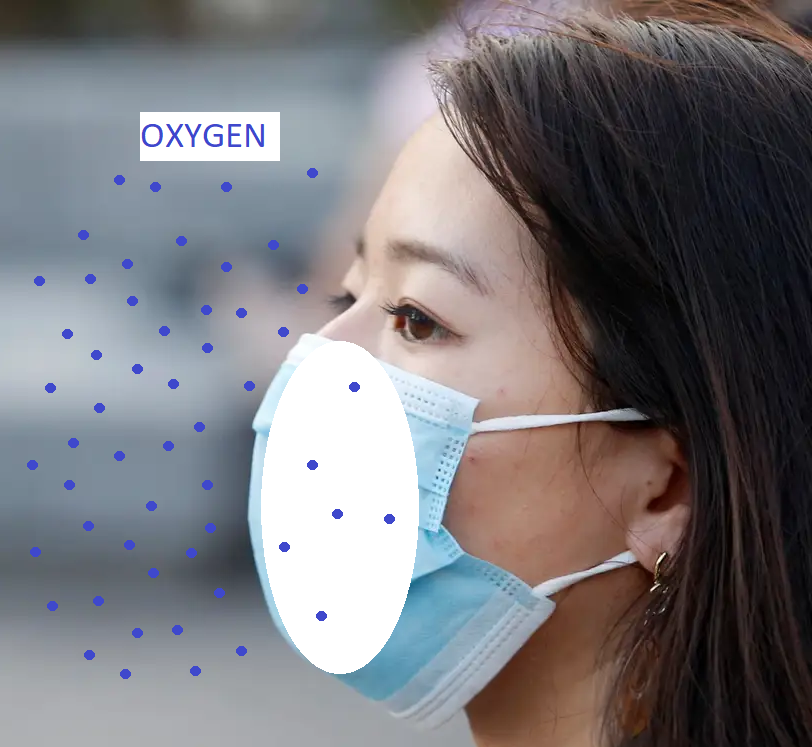 If You are Wearing a Mask, You Can’t Get Enough Oxygen

Now imagine you are wearing a mask, of course, in attempt to protect others and yourself from the coronavirus.  The entire purpose of a mask is to limit what can get in and out of that mask.  While oxygen is a very small molecule, even the worst masks will limit the amount of oxygen that can enter at any moment.  Really good masks (with super tiny spaces for ‘things’ to enter) make it even more difficult.  In other words, you simply cannot get as much oxygen as you normally would.1  This is pretty obvious to anyone who has worn a mask for any amount of time.

In fact, one guy I read about got in car wreck, likely because he had been wearing his mask for a long time and eventually his brain shut off because he wasn’t getting enough oxygen to his brain.2  We call this fainting.  That probably won’t happen to most people and a little lower oxygen than normal isn’t much of a health hazard, at least long-term.  But clearly it is an inconvenience at best and potentially hazardous at worst. 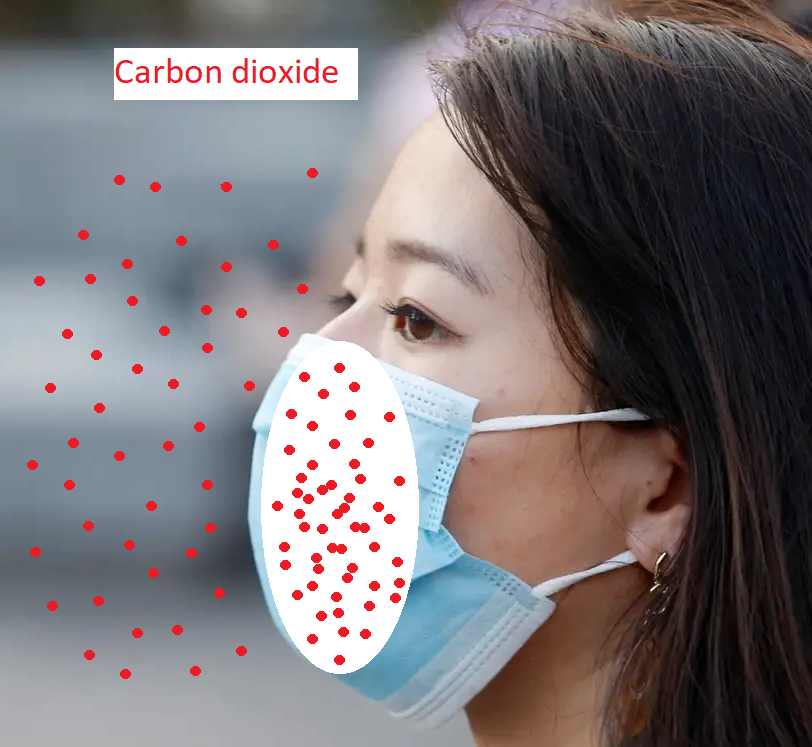 Carbon dioxide on the other hand, is much bigger than oxygen.  That means that it has an even harder time exiting a mask (especially a really good one) than oxygen does entering one!  This is particularly bad because anyone who has taken even basic biology has learned that carbon dioxide is essential in helping keep the acidity of your blood balanced.  On average, your blood pH should be about 7.55.  If it drops just to 7.45, you’re probably dead and likewise if it rises to 7.65.  That’s a super-tight range that your body works day and night to manage.

Carbon dioxide increases the acidity in your blood and when you wear a mask, you are breathing in a lot more carbon dioxide than normal.  Of course, you are breathing in less oxygen too.  This itself can be problematic, but more carbon dioxide means the acidity of your blood increases.3  This is a very bad thing for a couple main reasons.  First of all, cells simply function at their best at a pH of 7.55.  Change that and they don’t work as well.  Change it enough and they don’t work at all.  Second, some infections prosper in higher pH’s.  In fact, some cancers actually thrive in acidic environments.  In other words, you could potentially be feeding cancer in your body and allowing it to grow faster just because you are wearing a mask to avoid the spread of COVID, at least in theory.

So How do I Protect My Own Health but Still Take COVID Precautions?

I don’t mean to scare anyone with this information, but it is something you should concern yourself with.  Practically speaking, wearing a mask for short periods of time probably won’t matter much.  And for healthy people, wearing one all day may not have any real short or long-term effects.  But you should limit mask wearing as much as possible, particularly in situations where the chance of getting COVID or passing COVID is virtually zero.  For instance, driving, sitting at your desk, walking in the park or jogging.  Yes, I actually saw someone running with their dog today, with no one around, with a mask on.

While people may have good intentions, doing any of these sorts of activities with a mask displays a blatant misunderstanding of how viruses are transmitted.  A mask will only help when close to other people and even then, only if it prevents someone from sneezing or coughing directly on you.  At the very least, you should allow your nose to poke out as often as possible.  This will adequately limit your exposure to the low oxygen and high carbon dioxide environment a mask naturally creates while allowing you to remain socially responsible.